Top Signs of The 5 Most Common Nutrient Deficiencies

Plus, the foods that can help you get what you’re missing.

Nutrient deficiencies are one of those vague, but often warned about, topics in the health and fitness space. Many of us take a daily multivitamin to be “in the clear.” However, vitamins aren’t a one-size-fits-all solution and they’re certainly not always necessary. However, even if you eat a healthy, whole food diet, it’s still possible that you’re not getting the right nutrient amounts needed for optimal health. This is usually a result of another bodily misfunction. Nutrient deficiencies are far from black and white. So, here we explore the most common vitamin and mineral deficiencies and how to know if you need a boost.

Before we jump into the specifics, let’s talk about what being nutrient deficient even means. Robbie Clark, a dietitian, sports nutritionist, and director of HealthBank, tells us that nutrients are most commonly classified into two groups. These are macronutrients (carbohydrates, protein, and fat) and micronutrients (vitamins and minerals). We’ve talked plenty about eating enough macronutrients, so now we’re going to focus on micronutrients.

Vitamins and minerals are paramount in keeping you happy and healthy. “The body requires many different vitamins and minerals that are crucial for growth, development, and preventing chronic diseases. Not all are produced naturally in the body, so you have to get them from your diet,” explains Clark. “A nutritional deficiency occurs when the body doesn’t absorb the necessary amount of a nutrient. It may also occur in people who are fussy eaters and do not have a lot of variety in their food choices. Or, in people who avoid certain food groups, whether it be for personal reasons or due to a specific health condition.”

This likely sounds familiar if you’re a vegan or vegetarian. These deficiencies can lead to a slew of health problems and undesirable symptoms. These can range from digestion and skin issues to mood changes and even stunted bone growth. Missing certain micronutrients can affect numerous aspects of living. Keep reading as we dig into the five most common nutrient deficiencies, what their symptoms are, and which foods you can find them in.

You may be thinking, “We get vitamin D from the sun. How can someone be deficient?” While this is definitely true, we also regularly apply sunscreen (and you always should!), wear clothing that covers most of our skin, and spend most of our time inside. Seeing as sun exposure is our primary source of vitamin D, it’s highly likely that, in those cases, we don’t get enough. In these cases, you can use your diet to better supplement your vitamin D intake.

“Vitamin D is an important nutrient in the body, as it is a fat-soluble vitamin. It has a number of important functions, including turning genes on and off, absorbing calcium (to build bones and keep them strong), blocking the release of parathyroid hormones, and possibly playing a role in both muscle function and immune function,” says Tracy Lockwood Beckerman, registered dietitian and in-house nutritionist at Betches Media. She also tells us that the signs and symptoms of a vitamin D deficiency are rarely visible. So, it’s important to pay attention if you notice any.

While vitamin B12 is actually quite abundant in animal-sourced foods, it’s almost non-existent in plant foods. Those who abide by a vegan or vegetarian diet have probably been advised to take a supplement to fill that gap in their diets. What’s surprising, though, is that many people who don’t follow those diets are still deficient in B12.

“Another name for vitamin B12 is cobalamin and it’s a water-soluble vitamin,” says Beckerman. “It is an essential nutrient because your body cannot produce it and you must get it from exogenous sources.” These sources are certain animal foods or supplements in the form of a pill or shot. “B12 is important for blood formation, as well as both brain and nerve function,” Beckerman adds. It’s also involved in the formation of red blood cells, aids in creating DNA, and has a role in the synthesis of fatty acids and energy production. In fact, the metabolism in every one of your cells depends on B12. This is why it’s repeatedly mentioned and emphasized when it comes to diets of all kinds.

Of all nutrient deficiencies, iron is the most forthright. It comes from both animal and plant foods, in two forms—heme iron and non-heme iron. Non-heme iron, which is found in both plant and animal foods, is harder for our bodies to absorb than heme iron, which is only found in certain animal-derived foods. Because of this, those who choose not to eat animal foods should keep an eye on their iron levels and common deficiency symptoms. Other causes of low iron stores are menstruation and loss of blood, be it a rapid loss from large injuries or slower loss from certain gastrointestinal diseases.

“Iron is an essential nutrient in our bodies and happens to be the main portion of the red blood cell. Its main function is to bind with hemoglobin and transport oxygen to cells,” notes Beckerman. “Sometimes iron deficiency can lead to anemia. This means that there are less red blood cells and blood can’t carry as much oxygen in the body due to the decreased amount.”

According to Beckerman, heme iron foods are found in red meat [and] organ meat, such as liver, shellfish, and sardines. Non-heme iron foods, [include]: beans, pumpkin seeds, sesame seeds, squash seeds, broccoli, kale, and spinach. Also, eating vitamin C-containing foods increase[s] the absorption of iron.  Some of these foods are peppers, oranges, and kale.

Magnesium, on the other hand, is underappreciated and rarely brought up, despite people being frequently deficient in it. Magnesium’s main jobs include aiding heart, brain, and muscle function. But it’s also involved in the production of DNA and RNA, protein synthesis, and hundreds of enzyme reactions. Due to it being so heavily involved in critical organ functions, those who are severely deficient in magnesium can experience seizures, a surplus of muscle contractions, and even delirium. Those who have a lesser deficiency may experience menstrual cramps, muscle cramps, hypertension, and migraines. Additionally, they could easily mistake these as the symptoms of something else entirely. It’s crucial that anyone experiencing these looks talks to a doctor about magnesium as a possible solution.

You probably know iodine best by its association table salt. So, it’s easy to assume you’re regularly consuming enough of it. Unfortunately, that’s not always the case.

Ten percent of the American population is iodine deficient, while 52 percent of Europeans are. Ten percent doesn’t sound like a large number of people (especially compared to over 50). However, that comes out to over 32 million people. This doesn’t mean that you should start consuming large amounts of iodine, though. Consider this mineral the Goldilocks of nutrients. You can’t get too little or too much, you need to have just the right amount. Too little could lead to hypothyroidism, while too much can increase your risk for autoimmune thyroid disease. For a boost in the mineral without going overboard, sprinkle some dulse (a red algae) on your greens and include some kelp in your soups and salads.

If you believe you might be experiencing a deficiency in one or more of these nutrients, we highly suggest consulting a doctor and getting tested. Don’t attempt to address symptoms before seeing your physician. 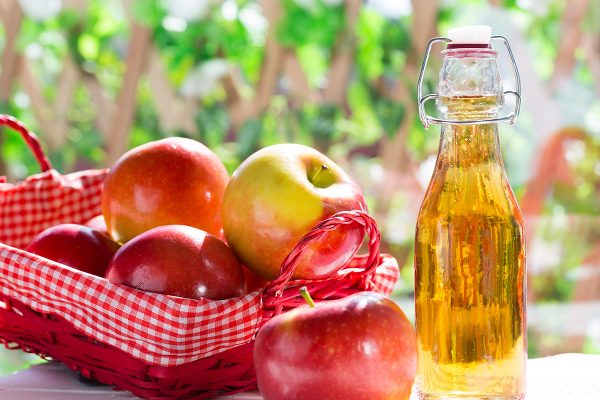 Everything You Need to Know About Apple Cider Vinegar

Here’s how to decide if consuming apple cider vinegar is right for you. 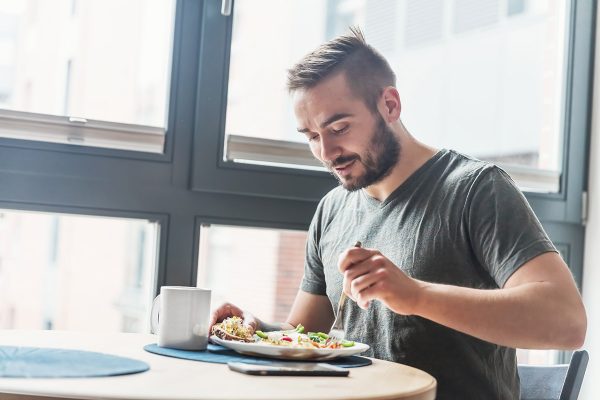 A registered dietitian exposes five tells that you’re not getting enough fat in your diet. 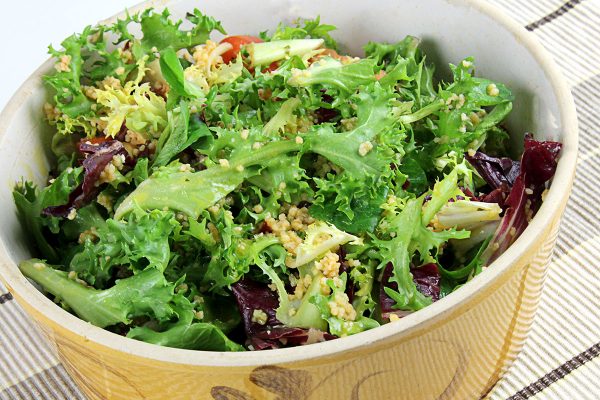