You may understand how to read a food label by now, but there’s one area of the nutrition facts panel that tends to remain a mystery: the ingredients list. From the many different kinds of sugar to other complicated names, the ingredients list isn’t always straightforward. To help you be an informed grocery shopper, we asked a registered dietitian nutrition to help break down the most confusing, but common ingredients on your labels.

No matter what kind of food you’re eating, make sure to supplement your diet with exercise. Aaptiv has thousands of on-demand, audio workouts led by certified personal trainers.

Sucrose, in short, is the scientific name for table sugar. It’s one of the many different ways food labels list sugar, along with dextrose, fructose, glucose, maltose, and 52 more. It can be naturally occurring in fruits, vegetables, grains, and dairy products. But, it’s often refined and added to plenty of processed foods. Think ice cream, doughnuts, and candy, but also canned foods, cereal, frozen meals, and sweetened drinks.

“Watch out for sources of added sugars. [These] are sugars that are supplied to a product during processing in addition to the natural sugar of the [food] itself,” says Bonnie Taub-Dix, M.A., R.D.N., C.D.N., author of Read It Before You Eat It: Taking You From Label to Table and creator of Better Than Dieting. She includes sucrose as one to watch. But don’t count this sugar out completely. There’s no need to avoid it if it’s found naturally, especially in whole foods such as fruit.

You may know it more commonly as Splenda. Sucralose may sound similar to sucrose, but it isn’t. Sucralose is a chemically processed artificial sweetener. Thought it’s made from sugar, it is not naturally occurring. Therefore, it isn’t a natural product. Sucralose actually goes through a multistep process. The sugar is chlorinated and made to be “up to 600 times sweeter than regular sugar,” according to Taub-Dix. You may think that the sweetness would cause you to use less. However, that’s not the case. Instead, it’s so powerful that it dulls your taste buds to it and raises your sweetness threshold.

Long-standing health authorities such as the FDA deem it safe to consume. However, conflicting studies claim that it may increase blood glucose and insulin levels and negatively alter gut bacteria. Instead of using Splenda, opt for natural sugar. Double-check your protein powders and drinks for the additive too.

You can find aspartame, another artificial sweetener, in other small, colorful sugar packets. You may recognize it as NutraSweet or Equal. “Aspartame is up to 200 times sweeter than regular sugar and contains little to no calories,” Taub-Dix says. That may seem like a plus, but it pales in comparison to the sweetener’s proven negatives. “[It] was approved by the FDA in 1981, but its health risks are often in question. [They] include complaints of severe headaches, methanol toxicity, and a possible cancer link,” Taub-Dix continues. Aside from individual packets, aspartame is present in diet soda, iced tea, products claiming to be sugar-free, chewing gum, water flavorings, and even some multivitamins. Taub-Dix assures us that the law requires a warning label on all products containing aspartame. Make sure to look at those food labels.

“Monosodium glutamate (MSG) is a chemical compound commonly added to foods, particularly Asian cuisine, in order to augment flavor and palatability,” Taub-Dix says. It’s often considered to be the culprit of the high sodium content in many foods, but actually, the sodium content of MSG is 12 percent sodium, whereas sodium chloride (table salt) contains 39 percent. This means that by using MSG instead of table salt, you might actually be able to reduce your sodium intake when cooking. The glutamate in MSG is glutamic acid, one of 20 amino acids. Amino acids are the building block of protein.

The negative effects believed to be derived from MSG in those that are sensitive include complaints of cramping, headaches, and itching—better known as “Chinese Restaurant Syndrome”—but most of us don’t experience any of these symptoms. Because some people are sensitive, the FDA requires all products that contain MSG to be labeled as such. Taub-Dix advises that people who avoid MSG should also avoid hydrolyzed vegetable protein (HVP). You may find this listed on packages as “flavoring.” She notes that both are commonly found in prepared vegetable dishes. Also keep an eye out when it comes to salty snacks such as potato chips, frozen dinners, ranch dressing, flavored snacks, and cold cuts.

Artificial flavors are additives that are made in a lab. They contain no nutritional value. Derived from chemicals, they’re used to add certain tastes to a variety of foods. “According to the FDA, food labels must contain this statement if they use substances that do not come from an animal or a plant in order to impart flavor,” Taub-Dix notes. These foods can be anything from breads and cereals to soups and even cocktail mixers. This makes them especially difficult to steer clear of. When grocery shopping, check prepared and packaged foods for this fickle ingredient.

You can find soy lecithin, a popular ingredient in processed foods, in countless products. Lecithin occurs naturally in soybeans. However, it’s most often extracted using harsh chemicals in a degumming process. This extraction is common practice in soybean oil meal manufacturing. It makes consuming this ingredient dangerous, especially for those sensitive to soy. “Some people who are soy-allergic may be able to consume soybean oil and soy lecithin. But check with your doctor before eating any foods that may be questionable,” Taub-Dix advises. You can typically find this ingredient in ice cream, chocolate, creamy salad dressings, mayonnaise, and buttery spreads as an emulsifier to mix oil and water, which doesn’t happen naturally.

While hydrogenated oils are healthy in their natural state, the manufacturing process ruins them. In this process, oils such as canola, coconut, palm, corn, soybean, and kernel are heated to anywhere from 500 to 1,000 degrees. This stops enzymatic activity and makes for a strong preservative. “These trans fats are linked with heart disease, breast and colon cancer, atherosclerosis, and elevated cholesterol levels,” Taub-Dix says. “Even though food companies [were] required to remove artificial trans fats by June 2018, be sure to check the small print in the ingredients section and avoid ‘hydrogenated oils.’” Be especially cautious of ice cream, margarine, fast food, peanut butter, and white bread.

To put it simply, high-fructose corn syrup—also listed as corn sugar—is a sweetener made from corn. Though that sounds harmless enough, the widely used ingredient is far from healthy. It’s been shown to contribute to weight gain, insulin resistance, and even diabetes. “Some people do believe there are concerns regarding HFCS. [These] include claims that its use is addictive and increases your chances of getting diabetes and becoming obese,” Taub-Dix confirms, although more research is needed on these subjects. Despite this, many foods contain HFCS. “[It] is used worldwide in hundreds of products, including soft drinks and processed foods. Just check your ingredient list. You’ll probably find it listed on baked goods, fruit drinks, salad dressings, candies, gums, and syrups,” Taub-Dix says. It’s worth it for your health to actively seek out and avoid this ingredient. Opt for healthier foods instead.

Sodium benzoate is a synthetic chemical. (Are you seeing a pattern here?) It forms when benzoic acid, which is found naturally in some fruits and spices, and sodium hydroxide are combined. Its naturally occurring version in foods such as berries, plums, apples, and cinnamon isn’t anything to worry about. However, chemically created sodium benzoate is a problem. When combined with ascorbic acid, aka vitamin C, benzene forms, which is a known carcinogen. This is definitely alarming, but it’s important to note that you’d have to consume a substantial amount for it to become effective. Nonetheless, it’s something to look out for, especially because sodium benzoate itself is harmful to your health. Check the labels on sodas, fruit juices, dressings, and fermented foods such as wine, pickles, and vinegar.

You’ve likely spotted this ingredient on plenty of ice cream containers. Potassium sorbate is a salt of sorbic acid. You can naturally find this, like sodium benzoate, in some fruits. However, the commercial ingredient you see listed on labels is produced synthetically and is a chemical duplicate of the type found in nature. The purpose of this ingredient is to fight off bacteria and preserve food products. You can find it in a range of products in addition to ice cream. These include cheese, yogurt, pickles, soft drinks, baked goods, and wine.

While it’s widely recognized as safe, it’s also speculated to cause harm to the body. Studies have shown that potassium sorbate is genotoxic to white blood cells (though at very weak levels). Plus, when mixed with vitamin C, it can be damaging to DNA. Bottom line: While the risk is very low, avoid products containing this ingredient if possible.

In short, sodium chloride is table salt. It forms when sodium and chloride combine to create the small, white, crystalline cubes we are familiar with. While this ingredient has a slightly bad reputation, it plays an important role in a handful of bodily functions. When consumed, it can absorb nutrients, maintain blood pressure, balance fluid levels, send nerve signals, and contract and relax muscles. Let it be known that this ingredient isn’t inherently bad, but consuming too little or too much of it can be harmful. Don’t confuse this with naturally occurring rock salt or sea salt. Table salt is more heavily processed.

Be sure to look out for these common ingredients on your nutrition labels. Now you know what to avoid and what you don’t have to worry about so you can be the most informed, healthiest grocery shopper around.

To be your healthiest self, get your daily exercise in with Aaptiv. 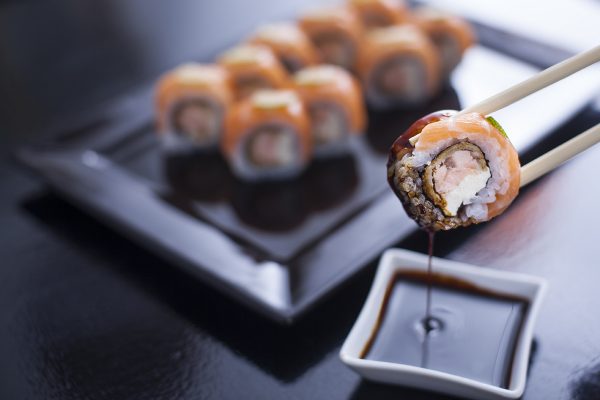 Some of the gluten-rich foods in your pantry may surprise you. 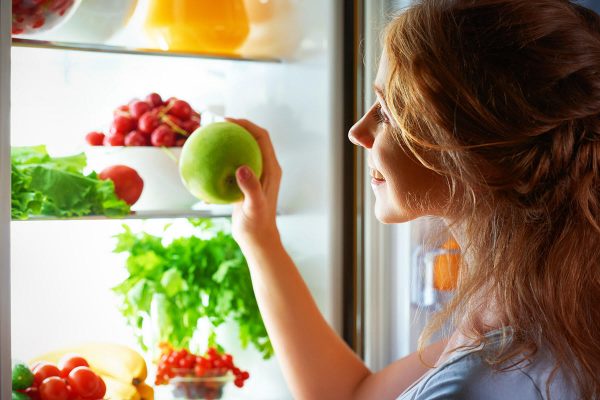 FODMAPs 101: Everything Athletes Should Know

Learn what the acronym actually stands for and how it can affect your workouts. 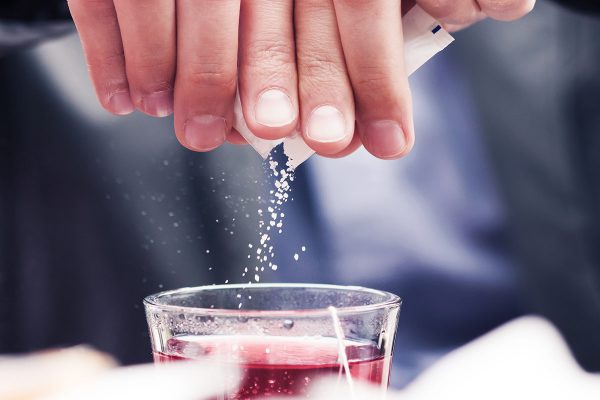 Are Artificial Sweeteners Good or Bad for Weight Loss?

Not all sweeteners are created equal.