Can I Run as Fast as Usual in Cold Weather?

Find out how the lower temperatures may affect your pace.

When the thermometer reads 20 degrees and the wind feels like an icy tempest, it’s tempting to shelve the cold weather gear and head for the treadmill (or not run at all). Alas, winter running is upon us, but that’s no reason to part from your favorite routes until springtime. To keep you pounding the pavement through the colder months, we enlisted kinesiologist, Ronnie Carda, and sports medicine surgeon at Hospital for Special Surgery, Robert Marx, to lay out the three crucial aspects of cold weather running.

Not a runner, but want to start? Check out Aaptiv, the number one audio fitness app.

Can I run as fast when it’s cold?

The short answer is no, assuming we’re talking about freezing and below-freezing conditions. But you can run almost as fast. “The ideal conditions for marathoning would be around 40 to 45 degrees,” Carda says. “Once you get lower than that, you’re dealing with things that are going to increase evaporation issues– wind chill factors primarily–and how well you keep your body dry while exercising.”

According to Carda, you’ve got to keep the moisture away from your body when running in freezing and below-freezing temperatures, especially if there’s already moisture in the air, in order to effectively regulate your temperature. Moisture-wicking clothing can help with this type of temperature regulation.

In addition to the temperature, wind, and humidity, environmental conditions like snow and ice also affect cold weather running speeds. And extra clothes may weigh you down to an extent. Rather than stressing about your pace, here are some expert-approved cold weather running tips.

Running in the cold and wind causes your body to divert blood flow away from the extremities in order to warm and protect internal organs, which leaves the fingers, toes, and ears most vulnerable to frostbite. Check the Farmer’s Almanac table for estimates on how long it takes frostbite to occur in a given temperature and wind chill.

“Even at temperatures below zero, using the proper protection, runners may go outside,” Marx says. “Proper protection includes a warm hat, gloves (mittens are better), a windproof jacket, pants and thermal socks.”

Carda also advises keeping a handkerchief or thermal face mask over their mouth and nose during cold weather running.

“Your mucus membrane has to make a bigger contribution to moisturize that air,” Carda says. “That happens both on the inhalation and exhalation. You’re losing a lot more body fluids in the process of just doing respiration.” Carda notes that irritations from breathing in the cold are normal, but it’s quite difficult to do permanent damage—but an additional barrier still helps with exhalation.

“It’s not so much when you’re breathing in,” Carda says. “It’s more of when you’re exhaling, you’re trying to keep your water vapor in, and so as that next breath comes in, that moisture right on that cloth is going to start helping to moisturize the air.”

There’s no evidence that cold weather affects VO2 max, or the body’s maximal ability to process oxygen (and an indicator of peak aerobic ability), Carda says.

Part of being a runner is learning how to breathe with each step. Aaptiv’s expert and certified running coaches can help.

“One thing that does happen, though, if you’re jogging at a slow pace, the sub-maximal VO2 max increases in the cold,” Carda says. “If it’s a nice day and you walk at a certain rate and on a cold day you walk at that same rate, there’s a greater oxygen cost of walking in the cold at that sub-maximal level.”

Basically, what Carda’s saying is that unless you’re running as fast as you can, your body is using more oxygen to run the same pace. This is because cold muscles require more oxygen to move and keep warm. “When the temperature is very cold, the muscles don’t stay as loose and the body uses energy to stay warm,” Marx says. “Nevertheless, one can get an excellent workout even when it’s very cold outside.”

You just want to make effort-based adjustments to your running pace. “I think you can just go by perceived exertion,” Carda says. “If you feel like you’re working a little harder today and you’re not getting the time result you’re expecting, that’s nothing to get upset about. You’re still getting a training effect from it.”

Running in the cold and extreme cold is as much of a safety issue as it is a physiological one. “The biggest issue is that the person running is burning carbs faster than they expect and they either have to stop or certainly slow down,” Carda says. “And as their metabolism slows down, now they’re starting to get chilled, and they’re still a long ways away from their destination.”

Compound the danger of becoming stranded with the danger of slipping and falling on snow and ice and the long winter run can become scary fast. To ensure your own safety, bring a phone with you, run loops around your home base rather than a longer out-and-back route, and carry a headlamp to make sure you see the slippery spots in the dark.

You can also even adjust the direction of your route to favor the conditions. “Try to run out facing the wind and come back with the wind if you can,” Carda says. “You go out and you’re body’s already warmed up, and then you come back with it and you’re not fighting that wind.”

Looking for classes that will help you take your running to the next level? Check out Aaptiv.

These Are The Best Workouts for When You’re Tired

When you’re low on energy, stick to these doable workouts. 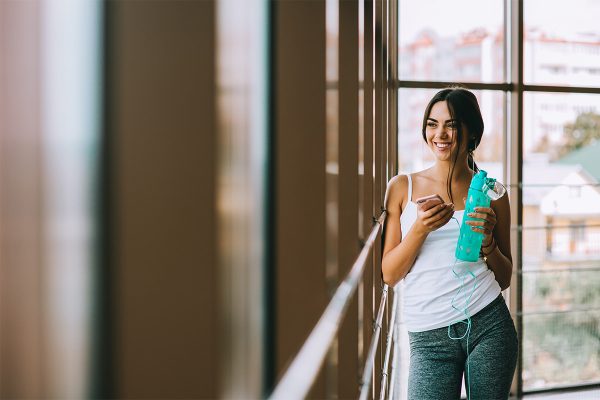 Is It Ever Okay to Half-Ass a Workout?

Get past a bad workout attitude with a brand new mindset, so that you and your fitness goals don’t have to suffer. 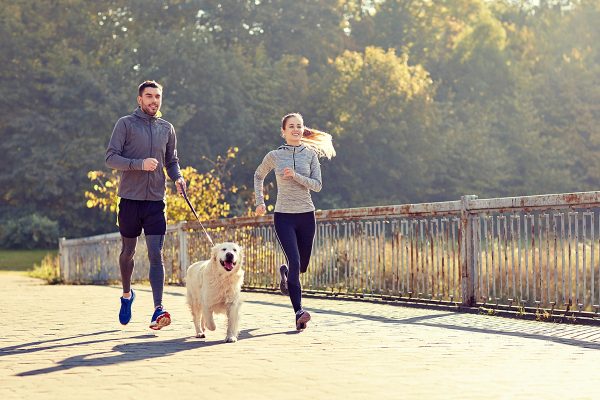 5 Benefits of Run-Walk Training You Should Know

It’s not just for beginners.