How Does CBD Affect Exercise for People with ADHD

Cannabidiol  or CBD, is an active compound in the cannabis plant that is getting the attention of people in the medical field due to its health benefits and therapeutic properties for a wide range of medical conditions. The human body has an endocannabinoid system (ECS), which includes various receptors in the central nervous system – CBD shows significant interaction with this system, ranging from restorative to protective effects.

This positive interaction between CBD and ECS is one of the key areas that scientists and medical professionals are studying in the pursuit of finding a cure for or relief of the symptoms of behavioral and neurological disorders. ADHD is considered as a chronic condition marked by persistent inattention, hyperactivity, and sometimes impulsivity.

This condition has become prevalent, that it affected 7.2% (roughly 129 million) of the global population of children aged 18 and below, according to a 2013 US Census Bureau estimate. Six years onward, this number is still growing. Thus, as scientists strive to find possible candidates for curing ADHD or alleviating its symptoms, CBD comes up as a promising candidate.

One of the issues people with ADHD struggle with is anxiety. Anxiety is known to worsen the actual symptoms of ADHD, and several studies show that CBD helps keep anxiety in check and improves concentration, focus and attention. The study of the CBD and its effects on ADHD is still in its infancy, and canvasing opinion on CBD’s effectiveness for ADHD is one way of gathering information and insight as to the claims of the effectivity of CBD in treating ADHD symptoms and other neurological and behavioral conditions. DidCBDWork.com provides a novel and creative way of gathering reports, user experience and scientific articles through crowdsourcing. This endeavor is the first of its kind and hopes to bring people around the world valuable information about the CBD, and also retrieve valuable inputs from ADHD sufferers and CBD users. Going back, anxiety can be a hindrance for people with ADHD in doing meaningful and healthy activities such as exercising. By reducing or eliminating anxiety, ADHD patients can do fitness activities without anxiety weighing them down

There are several studies and research conducted on the effects of CBD on IQ performance, cognitive function and ADHD symptom reduction. Data collected so far show a faint glimmer of promise when it comes to cognitive improvement and IQ performance improvement. Although the improvements in these areas are not that significant, it warrants further study and a greater sample of participants in order to achieve significant outcomes and compelling evidence. When related to physical activity and fitness, improvements in cognitive and IQ areas can heighten self-awareness and health consciousness in people with ADHD. If the efficacy of CBD is proven in the upcoming studies, it can greatly improve the health practices of ADHD sufferers as well.

Memory-related benefits of CBD in ADHD patients are also currently undergoing studies to establish a significant or positive relationship. One study was conducted on young adults with ADHD diagnosis and evaluated their working memory, verbal memory, decision-making and recall areas before after using CBD. The study showed improvement of executive functioning in participants based on the provided fields of evaluation. Although the statistical data may not show a significant improvement and establish a positive connection of the CBD and executive functioning in ADHD.

The prefrontal cortex is the area in the brain that is responsible for several executive functions such as verbal fluency, planning, complex problem-solving and impulse control. The recent study aimed to explore the effects of CBD in this brain area. Once a positive correlation and scientific evidence are established, this can have different implications for several neurological disorders, including ADHD.  One thing of note in this study is that the study population and age range are young adults aged 25 to 30. Although ideally, the same type of study should also be conducted for children and teens aged 19 and below, this recent study is deemed fit for observing the improvements in executive functioning of young adults who are in the right age for making critical decisions. In relation to fitness and healthy activities, significant improvements in executive functioning can also translate into positive health outlooks and active participation in fitness sessions such as regular exercise and gym workouts.

CBD is showing promise for alleviating the symptoms of ADHD and improving attention and concentration. Studies conducted specifically for determining positive correlations of ADHD and CBD still need a larger sample size to show significant statistics. Scientific studies are also looking into the positive interaction of the CBD and the ECS and how this could significantly improve the conditions of people suffering from neurological conditions. There are still many things to uncover regarding the potential of  the CBD and how information sharing via crowdsourcing can significantly contribute to data and updates available regarding CBD and its uses. 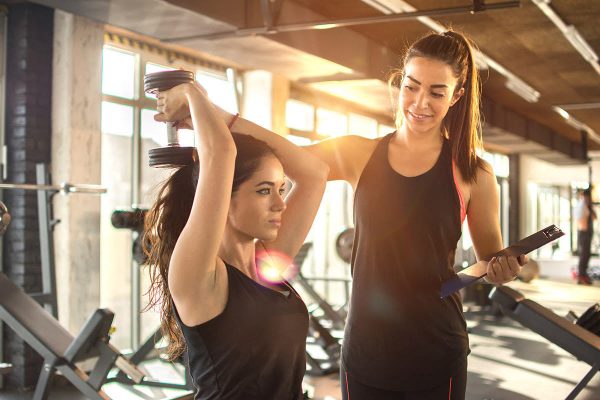 Many people worldwide seek to lose a little bit of excess weight, to the point where the diet and we... 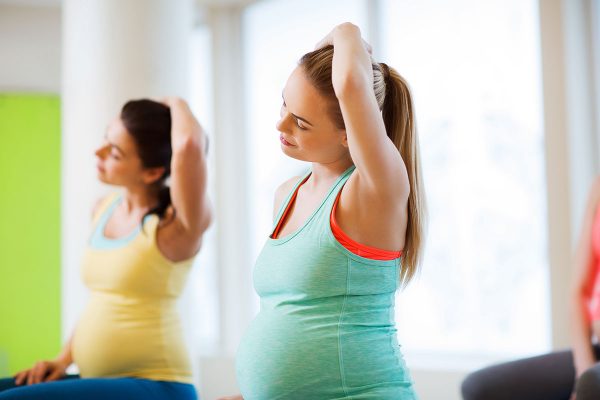 Find out the best (and worst) workouts for moms-to-be and how to try them safely.

5 Ways Fitness Has Made Me A Better Business Owner

The founder of CoCommercial shares how a commitment to exercise helps her run her company.