Everyone requires water—not just to feel good, but to live. The human body is made up of about 60 percent water, and your brain, heart, lungs, and muscles are composed of an even higher percentage. So, naturally, it’s important to keep your system well-hydrated to ensure that it keeps firing on all cylinders.

If you’re doing an Aaptiv workout, running, cycling, or performing any other form of exercise, you’re losing fluids through sweat, which means that you need even more liquids to replenish what you’ve lost.

It’s not enough to take a sip of water before your workout, or to drink a few ounces after you’re done. Instead, you should be hydrating throughout the day, as well as before, during, and after exercise. Doing so will help keep your body from overheating and help you stave off the effects of dehydration.

According to the American College of Sports Medicine, to avoid dehydration, you should drink about 16 ounces of fluid one to two hours before activity. After that, you should consume six to 12 ounces of fluid at regular intervals during exercise. And, when you’re done, keep on drinking to the tune of at least 16 to 24 more ounces. If your urine is clear or pale, you’re in good shape—if not, keep on knocking back water or sports drinks until it is.

Those guidelines are helpful, but they’re easier read than followed. Everyone is different, which means that sweat rates vary. Temperatures can change as the sun appears from behind a cloud, and sometimes that water fountain on your favorite jogging path just isn’t turned on.

So, dehydration can strike even the most prepared individual. Below, we’re looking at the science behind dehydration, and exploring exactly how it impacts your body.

How Dehydration Affects Your Sweat

Every time you work up a good sweat, your body is trying to cool itself—that’s why your sweat rate increases during intense exercise, especially in the heat. As sweat evaporates from your skin, it takes heat with it. So, the more you sweat, the more cooling evaporation takes place. However, if you’re dehydrated, that natural system slows down. Because you have a lower percentage of water inside your body, your sweat rate decreases, which means that you lose some of that ability to cool yourself off.

According to a University of Connecticut study on hydration and sweat rate, dehydration causes a “cascade of events.” Basically, the lack of water in your system results in an increased core temperature that, in turn, increases the strain on your heart as it works harder to function properly. With your heart working overtime, exercise performance decreases and you fatigue more quickly. So, even though sweat may leave you wet, messy, and with a discolored shirt, know that it’s working to keep you healthy.

How Dehydration Affects Your Muscles

A study in Sports Medicine looked at dehydration among marathon runners, especially those competing in the heat. It found that dehydration reduces cardiac output and blood pressure and causes a decline in blood flow to the working muscles. Basically, the less fluid you have in your body, the harder your heart has to work to pump blood. As a result, your increased heart rate may make you feel exhausted sooner than usual. And, your muscles aren’t getting all of the oxygen-and-nutrient-rich blood they require to perform at peak levels.

For decades it’s been assumed that sweat-induced dehydration and subsequent electrolyte loss caused muscle cramps. And this may still be true, at least partially. According to the Mayo Clinic, fluids help your muscles contract and relax. They also keep muscle cells hydrated and less irritable. Plus, too little potassium, calcium, or magnesium in your diet can result in cramps.

But, several studies argue that dehydration does not, in fact, cause cramps. Instead, it blames neuromuscular fatigue for those pesky, painful muscle spasms. This theory argues that dehydration contracts the interstitial space within muscles, which then increases the pressure on nerve terminals, causing cramps to ensue. So, the jury’s still out on cramps, but being dehydrated certainly can’t help anything.

How Dehydration Affects Your Performance

When your muscles aren’t firing efficiently, your performance is bound to suffer. Dehydration also causes fatigue and general sluggishness, as reduced hydration levels cause the body to slow down. But, the loss of water can also cause your brain to shrink—a scary thought—which can cause terrible dehydration-induced headaches. Dizziness might not be far behind. Because dehydration is associated with lower blood volume, it can result in a drop in blood pressure, leaving you feeling light-headed.

None of the above are pleasant scenarios, but all those physical effects may also be joined by another issue—a reduction in cognitive function. According to the Journal of the American College of Nutrition, dehydration levels of just one percent may adversely affect cognitive performance. Levels of two percent or more may be associated with impaired visual-motor tracking, short-term memory, and attention span. Because the brain is made up of about 70 percent water, dehydration can actually shrink the brain’s volume. And, per a 2018 study, dehydration causes structural changes in the brain. Fluid-filled spaces called ventricles should contract when hydrated, but they expand when the brain is deprived of water. Dehydration also leads to shifts in the brain’s neural firing patterns which, in the case of the study, resulted in participants performing worse on repetitive tasks.

The bottom line: dehydration can wreak havoc on your system from head to toe. Do what you can to stay hydrated, and you’ll enjoy a safer, more pleasant exercise experience.

Need some exercise inspiration? Check out the Aaptiv app for hundreds of classes, ranging from running and HIIT, to strength training and yoga. Just be sure to drink plenty of water before, during, and after your workout. 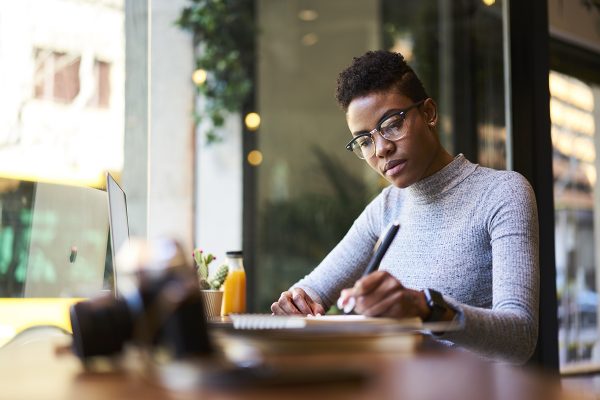 The Link Between Financial Health and Physical Health

Why Isn’t My Cough Going Away?

Find out what causes this irritating symptom. 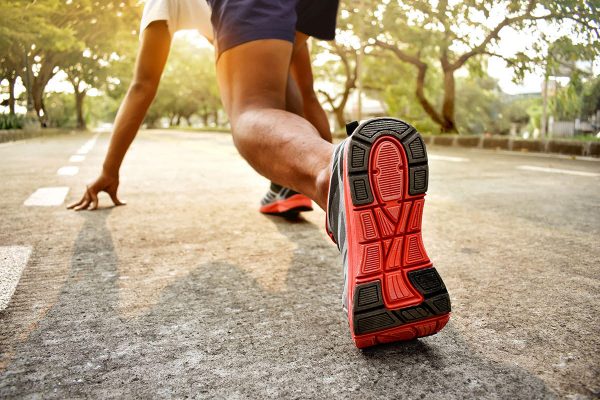 How to Accomplish Every Goal You Set This Fall

How to accomplish all your loftiest, healthiest goals.