No, You Don’t Need to Avoid Antinutrients

Don't be fooled by the name.

With a term like “antinutrient,” it’s easy to believe that these compounds are a group to steer clear of. But, despite what the name suggests, you shouldn’t be afraid of them.

Although by definition, antinutrients are compounds that interfere with the absorption of nutrients, they aren’t necessarily something you need to avoid.

Doing so would actually be quite difficult, as you can find antinutrients in all plant foods in various amounts. Read the research on boosting your metabolism.

“Although antinutrients can block some absorption, you would have to eat a large quantity for it to have a negative impact on your nutritional status,” says Dietitian Beth Warren, MS, RDN, CDN.

“These compounds also have a lot of health benefits. Many of them are the same components that [people think] give beans, lentils, whole grains, vegetables, and fruits their proven disease-fighting powers, known as phytonutrients.” Read more on foods that cause faster aging.

Antinutrients are also largely affected by various parameters. “Some are destroyed during cooking. And [they] are only a potential issue with an underlying applicable medical condition,” says Warren.

For example, oxalates found in vegetables like spinach, beet greens, and Swiss chard interfere with calcium absorption, so a daily spinach smoothie might not be the best for someone with osteoporosis.

And, certain ways of preparation, including soaking, sprouting, and boiling can help reduce antinutrient content in otherwise healthy foods.

But, the rest of us don’t need really to think twice about antinutrients. “As long as you eat a varied diet of nutrient-rich, whole foods and let your gut do its job, you’ll get the ingredients you need to keep your body humming along,” says Warren.

Workouts that can also keep your body in top notch shape are in the Aaptiv app. Check them out today.

It’s for these reasons that many dietitians don’t like the term “antinutrients.” It ends up discouraging people from eating healthy food.

“Many of the healthiest foods out there also contain antinutrients, but they are still high in vitamins, minerals, antioxidants, fiber, and more,” says Dietitian Megan Casper, MS, RDN, CDN.

“Avoiding all antinutrients while eating a healthy diet would be impossible. You’d be missing out on so many nutritious foods.”

Rather than trying to avoid antinutrients, it’s better to just stay educated on what they are (by reading the research), including their pros and cons.

Here are some of the most common antinutrients and their functions.

Tannins are an antioxidant that gives a bitter or astringent taste to things like tea and wine.

You can find these in grapes, pomegranates, berries, chocolate, various nuts and grains, and beans.

“Tannins can affect digestive enzymes and reduce the body’s ability to absorb iron and other minerals,” says Casper.

“But, before you ditch your tea and wine, remember that tannins also can reduce the risk of cancers, boost the immune system, and promote cardiovascular health.”

These are carbohydrate-protein complexes found in all foods, but they are most concentrated in legumes and whole grains.

They may have evolved to deter animals from eating plants. Lectins may bind to the digestive tract. This can cause poor absorption of some nutrients.

“It’s true that they can be toxic, but only if eaten raw,” says Dietitian Natalie Rizzo, MS, RD. “People always cook these foods in order to eat them, which completely denatures the lectins.”

Cooking, sprouting, and fermenting foods greatly reduces the number of lectins found in these foods, although some people may be more sensitive to lectins than others.

Oxalates are found in many plants, including leafy greens, vegetables, fruits, nuts, and seeds.

“They can bind to minerals, such as calcium and iron, which reduces their absorption,” says Casper.

“In some people, oxalates can increase the risk of kidney stones. The thing to remember with oxalates is that they’re in many healthy foods and in foods that provide many other antioxidants, vitamins, and minerals. So, unless your doctor prescribes a low-oxalate diet they don’t need to be avoided.”

You can find these fiber-associated compounds in many plant families and common foods. These include grains, nuts, seeds, vegetables, and drinks such as tea, coffee, or wine.

These plant compounds have antioxidant properties, both of which can help improve your health, such as reducing the risk of cancer and heart disease. Lignans can also be phytoestrogenic, which means they can affect estrogen levels in the body.

Most everyone has heard of gluten at this point. However, most don’t realize it refers to the proteins found in wheat, rye, and barley.

However, following a gluten-free diet is not necessary for those who don’t have an intolerance to the protein. Foods that contain gluten, such as whole grains, still contain important nutrients.

Phytates are an antinutrient that you can mainly find in seeds, grains, beans, and legumes. “Phytic acid can bind to minerals during digestion, causing reduced absorption of calcium, magnesium, and zinc,” says Casper.

However, avoiding all foods that contain phytic acid is not ideal because many are healthy and nutritious. “Phytates can reduce the risk of kidney stones and also lower blood sugar and cholesterol,” she says.

Casper recommends getting some vitamin C with meals to increase mineral absorption. “For example, adding lemon to hummus can reduce phytates and increase iron absorption,” she says.

Saponins are commonly found in legumes and grains and give them their bitter flavor (think quinoa).

“Although they may reduce protein absorption, they also help lower cholesterol and blood sugar, and fight cancer,” says Casper. She adds that you can easily remove saponins through soaking, washing, and blanching.

Despite the name, antinutrients need not be entirely avoided.

They’re pillars of some of the healthiest foods we eat. It’s better to stay aware of how these various components impact your digestion than to cut them out completely.

Go forth and enjoy antinutrients, but be sure to check out the newest workouts we’ve just released. 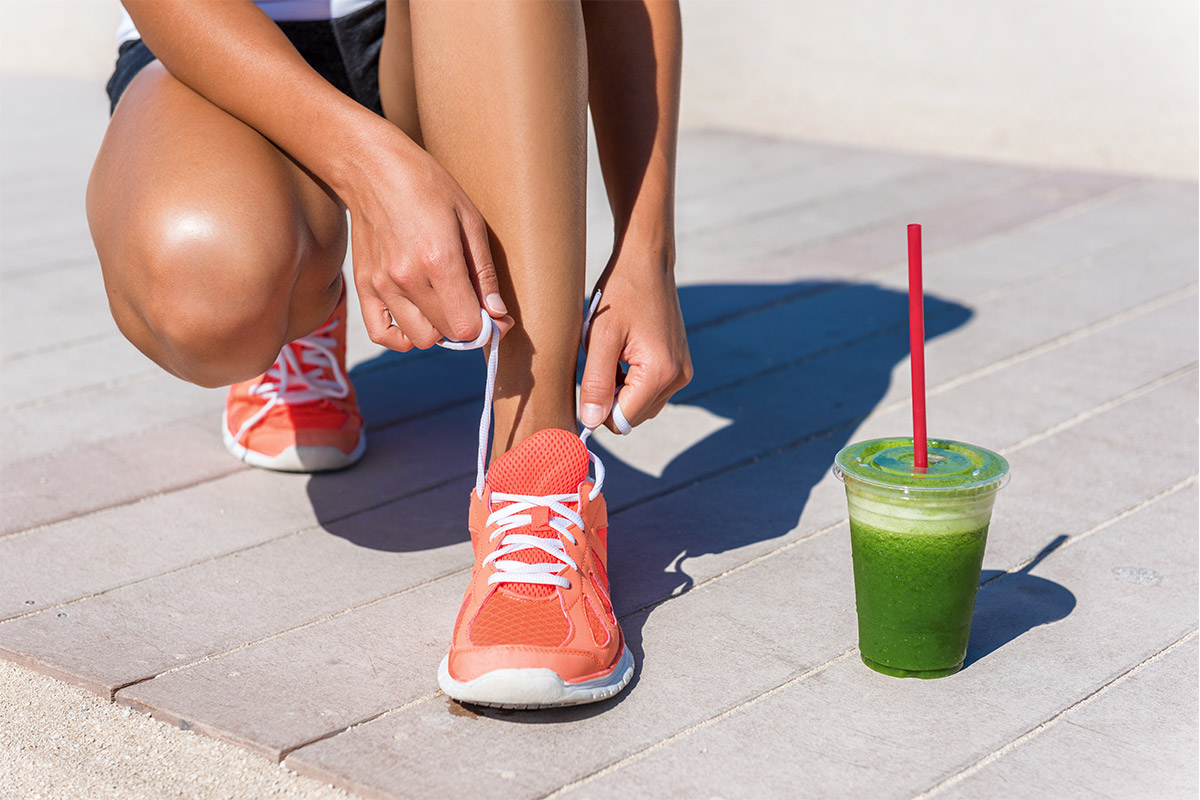 Should I Eat Before a Cardio Workout?

To eat or not to eat before a cardio workout—that is the question. We've got the answer. 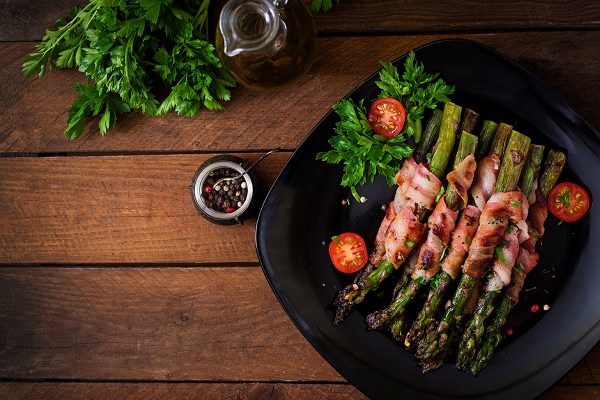 Paleo 101: Everything You Need to Know

We asked experts to break down the pros and cons of this popular diet. 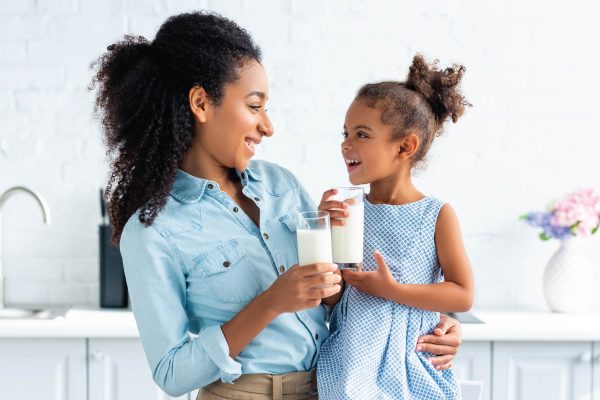