Anna Clendening on Overcoming Anxiety, Finding Her Passion, and Working Out

"I plan on taking over the world with music, one step at a time."

Anna Clendening has been singing for as long as she can remember. In fact, her talent has taken her from the car seat to center stage at America’s Got Talent. Though the 26-year-old’s breakout acoustic song “Boys Like You” was released in 2017, she entered the spotlight long before by posting a cover of Sage the Gemini’s “Gas Pedal” on Vine. The cover not only went viral overnight, but also earned her a callback for America’s Got Talent in 2014 during which she spoke openly and honestly about her struggles with anxiety before captivating the judges and crowd with her emotional rendition of Hallelujah.

Mental health would come to be a platform for the artist and find its way into her music. Clendening injects raw emotion into her voice, creating a musical experience that makes you feel as much as it makes you listen. Impressive vocals aside, songwriting is really where Clendening’s passion peeks through. She uses her words to connect with her audience as much as possible. “To have someone say, ‘I go through this, and I felt so alone for so long,’ was amazing. I realized, that’s it. I’m going to write my music as the person that I needed when I was 13 or 14,” she says.

From “To My Parents,” which tells the story of Clendening’s hardships in her early 20s, to her recently released EP, Waves, she weaves a narrative of the peaks and valleys she’s experienced in her life thus far. While “Boys Like You” touches on the happiness that comes with finding trust in a relationship, “Drowning,” another track on the EP, deals with feelings of overwhelming pressure.

Keep reading to learn more about how Clendening channels her emotions into her music and how she uses fitness to overcome her anxiety.

Then, check out her music in the Aaptiv app, with Riding the Waves, a strength class, and Bend and Breathe, a stretch class, both with Aaptiv trainer Jaime McFaden.

How did you get into music? Was it part of your childhood?

I always sang as a child. My mom said I used to sing in the car in my car seat, in church, and just regular choir throughout middle school and high school and a cappella groups. It wasn’t until after I had dropped out of college that music accidentally turned into a career.

What was the trajectory to America’s Got Talent? What was it like being on the show?

I gained popularity on an app called Vine, and all these singing shows reached out to me to come audition. I auditioned for a lot of them, but America’s Got Talent was the one that I got a callback for.

Tell me about your cover of Gas Pedal. What was it like posting that cover and getting such a positive response?

It was weird. I wasn’t really into social media in college. My friends had Twitter, and I think that was the really big thing at the time, not having pictures on Instagram. It was never “I want to get a bunch of followers.” I had friends who I found through the app, and they said you should post videos of yourself singing. I was like “what the heck am I going to sing for 6 seconds?” But I sat on it, and I saw that other people were doing it, so I said okay, I’ll try it. I had my brother record me in my PJs, doing this terrible cover of a rap song. But then someone with a couple hundred thousand followers found it, re-Vined it, and a bunch of other people did the same. It was weird, but it was really exciting. I stayed up all night and kept refreshing and refreshing. It was mind-boggling. Nothing like that had happened to me. I had put out a couple of videos for fun on this youtube channel, but this happened, and it just steam rolled from there. It was like Christmas. It was really cool, just seeing things grow. I had downloaded Vine months before and watched a bunch of people gain millions of followers. I saw them posting on my video, and I was like oh my gosh, no way. This is so cool.

How do you feel like your musical style has evolved since then?

I think it’s really developed into a sense of who I am. I like leaning more toward the pop side, but I also like doing singer-songwriter stuff. I kind of fit myself into this genre of singer-songwriter pop. For a long time I struggled with even just getting out a cover. I had began singing covers, but I didn’t like it. I didn’t feel connected to the music. It was nice to sing a song, but I felt really connected when—I didn’t really write growing up. I only started writing a couple of years ago. When I wrote my first song it told the story of why I had dropped out of college. I felt like I had found what I’m meant to do. I’m meant to write music, and I’m meant to sign my own stuff.

Writing is really where I became passionate, and it’s something that has definitely evolved. This is after Vine. I was doing social media and was lost in everything. I didn’t know what I wanted to do until I knew that I didn’t want to do that anymore. I think the writing has definitely evolved. It’s been really nice finding my style, going into a studio and saying this is what we’re going to do. But also, in the same sense, knowing what my style is. If I write a song that is outside my style I know that I can pitch that to somebody else. The music never gets lost, which is great.

So your writing is what inspires your music. Is there anything or anyone else you draw inspiration from?

A lot of what shapes me music is what comes out of my life, how I’ve felt, who I’ve been in the studio, who I’ve written with, and who helped produced me. I’ve found a really tight core group of producers and writers out here in LA that I go to and it’s just—it’s so cliche—but it’s magical. Something just comes from it.

On your Instagram you’ve posted about anxiety and awareness for mental health, and you address it in your song “To My Parents.” Can you tell me a little bit about how you channel your experiences into your music?

The first time someone connected to something I wrote, it was nuts. It was that same feeling of when I, one day, got big on Vine. I feel like maybe this is me getting older, but I felt like for a long time, dealing with mental health and things like that, there was a lot of stigma around it. It’s not even as worse as it used to be. So, to have someone say hey I go through this, and I felt so alone for so long, I realized, that’s it. I’m going to write my music as the person that I needed when I was 13 or 14.

Is there anything you do that helps overcome your anxiety and promote your mental health?

I got into working out because I stopped taking medication. I needed something to level me out. I was feeling very up and down and very angry and working out was a way for me to throw weights around and run around and scream. It was also a good community too. It was just a nice way to get out of the house for an hour and not worry about anything but moving weight on a bar, throwing a ball in the air, or running a certain distance.

Moving onto your EP, Waves, what was the process behind creating it?

That took a long time to put together and get out. It was very interesting. The title comes from one of my friends. I had this collection of songs, and I felt like they didn’t really go together. They were really up and down. There was no consistency. And he said you know I go from “Bend & Break” to “Anxiety” to “Drowning,” and I just think of crashing waves. I realized this EP is waves. It’s ups and downs in your life. So that’s where the name came from. But all these songs are—not to sound like a broken record—they’re at one point or another what I was going through. They’re the ones that really, really stuck out to me, and the ones that I—I mean I’ve been listening to them for a year to a year and a half—songs that I always listen to and I want myself to hear.

What do you want your listeners to take away from your music?

Whatever they want, honestly. I write music with a certain vision in my head. That’s the beautiful thing about music, I could write—like my song “Boys Like You.” It’s a happy song about finding someone you can finally trust, but people think it’s about dating someone who cheats on you, and you can’t get over them. I can sit here and say this song is not about that, but at the end of the day they’re going to take away what they want to. More importantly, hopefully, they take away what they need to.

What’s next for you?

I plan on taking over the world with music, one step at a time. I don’t have a set plan. I write everyday, whether that’s a scheduled session or by myself. This sounds so cheesy, but I’m going to be driven to wherever my music takes me. If I can just help one person, even if that’s myself, everyday, that’s the plan moving forward. I want to connect with people and give them an outlet. I want to give people hope, a flashlight in the dark. Like I said, I want to be that person that I needed. That’s ultimately the plan. If that means selling out thousands upon thousands of packed-room shows, cool. If that means doing shows for two people and talking to them for two hours a piece, that’s cool too. I’m in this for the people and for the music. 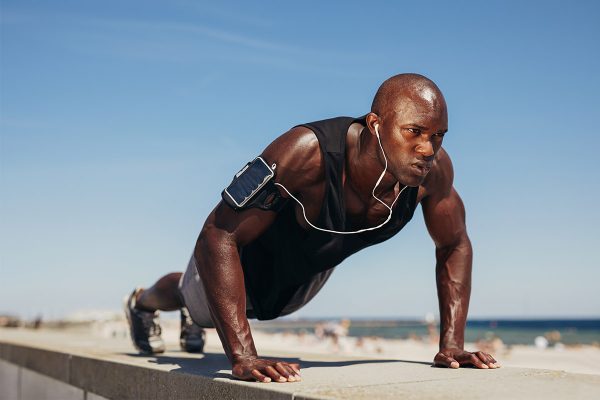 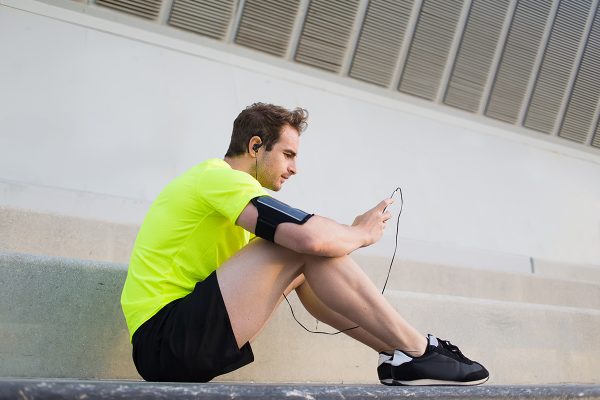 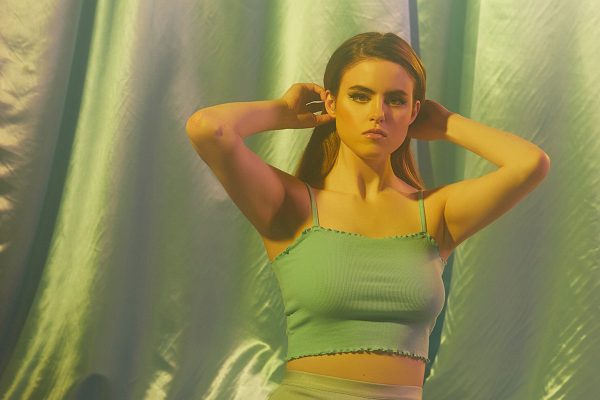 "You just have to stay true your opinions and what you believe in."