If you’re considering taking a month off meat and hoping on the plant-based eating bandwagon, even just for a short time, you’re in good company. Approximately 3.2 percent of Americans, a whopping 7.3 million, say that they follow a vegetarian-based diet, according to a 2008 study—and the numbers are increasing every year. But, not all of those who attempt a vegetarian diet actually stick with it. And that’s perfectly fine, according to nutrition experts. These folks still reap plenty of benefits in that short period of time.

Taking a month off meat can also allow you to see if a plant-based diet is right for you. “It may not seem as difficult or scary to do it for one month, and it gives you the opportunity to see if you like this lifestyle,” Sharon Palmer, R.D., of The Plant-Powered Dietitian points out.

You may be seriously considering giving a plant-based diet a try. If so, here are some exciting benefits that you can look forward to, according to nutrition pros.

1. It can boost weight loss.

If you’re looking to slim down and shed some pounds, cutting out meat might be just the ticket. Research shows that vegetarian and vegan diets are associated with a lower body weight than meat-based diets. “This is because plant-based diets are typically higher in fiber-rich, nutrient-dense foods like fruits, veggies, and legumes to curb cravings and help keep you feeling full,” says Josh Axe, D.N.M., C.N.S., D.C., founder of Ancient Nutrition and DrAxe.com. “In fact, one study showed that people following a vegan diet lost nine pounds more than a control group over the course of 18 weeks.”

Keep in mind that following a healthy diet is only half the equation, the other half is following a regular exercise routine, and Aaptiv can help.

This is incredibly important, especially considering the fact that heart disease is the number one killer in America, causing one in four deaths, according to the Centers for Disease Control and Prevention (CDC). “It’s no secret that certain types of meat, including red meats and processed meats, have been linked to a higher risk of heart disease and health problems,” Axe says. “However, emerging research even shows that cutting meat out of your diet [for a short time] may also be associated with better heart health,” says Axe. “Studies show that vegetarians and vegans are at a lower risk of developing heart disease and high blood pressure, as well as other issues that can contribute to heart disease, including diabetes and obesity.”

3. It enhances your gut health.

Filling your plate with more plant-based foods also proves to be conducive to improved gut health, which research is finding is incredibly important for overall wellness. “According to one study, the vegan gut profile appears [to] have more beneficial bacteria that protect against disease,” explains Rizzo. “The authors hypothesize that reduced levels of inflammation may be the key feature linking the vegan gut microbiota with protective health effects.”

4. It helps control symptoms of arthritis.

Approximately 54.4 million Americans (22.7 percent) suffer from some form of arthritis, according to the CDC. That’s a lot of people! If you or someone you know is one of them, a plant-based diet can help mitigate symptoms. “One study surveyed 217 people with rheumatoid arthritis and showed that 24 percent reported that symptom severity was influenced by their diet,” says Dr. Axe. “Switching to a plant-based, vegan diet rich in anti-inflammatory foods has been repeatedly shown to reduce symptoms of arthritis—including chronic pain, swelling, and stiffness—in as little as one month.”

5. It’s good for the environment.

Many people who decide to follow a vegetarian or vegan diet do it for more reasons than to benefit themselves. They do it to benefit the environment. “Compared to meat-based diets, plant-based diets are significantly more sustainable. [They] require much less energy, land, and water resources,” explains Dr. Axe. “Taking a month off meat—or even just picking one day per week to go meatless—can significantly reduce your carbon footprint and minimize your impact on the environment.”

For many, meat is a dietary staple. If you’ve ever considered going plant-based—or even if you haven’t—it’s worth trying to take a month off meat. It’s an easy way to figure out if it’s right for you while reaping some health benefits along the way.

Also, reap some benefits with Aaptiv, a fitness app with hundreds of classes at your fingertips. 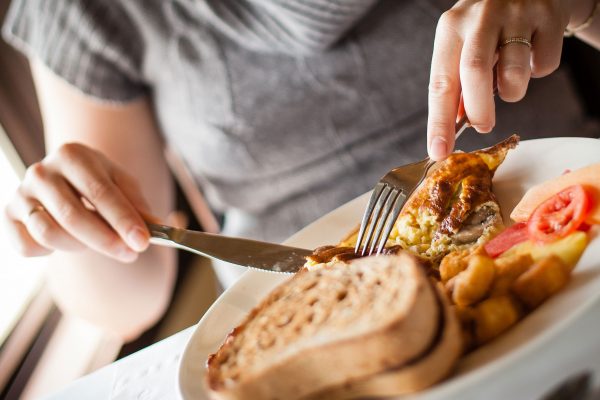 6 Habits That Cause Bloat—and How to Avoid It

We share the surprising root causes of bloating—and how to fix ’em. 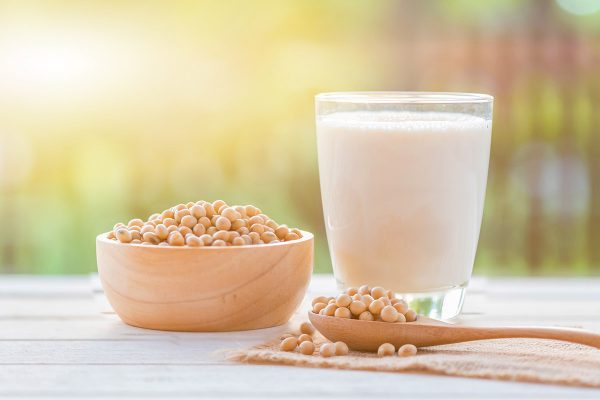 Let’s Break Down the Benefits and Risks of Soy

From tofu to milk, soy is everywhere. Here’s how to figure out if it’s the right choice for you. 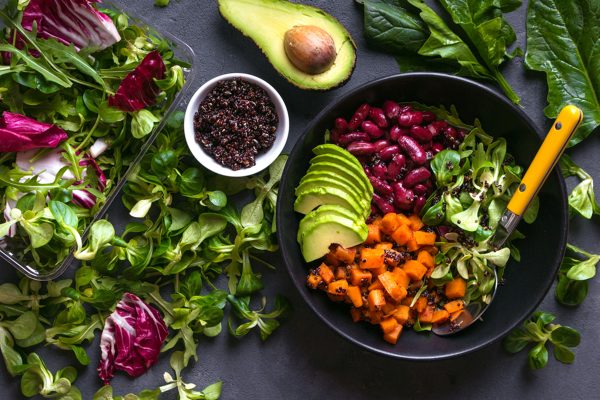